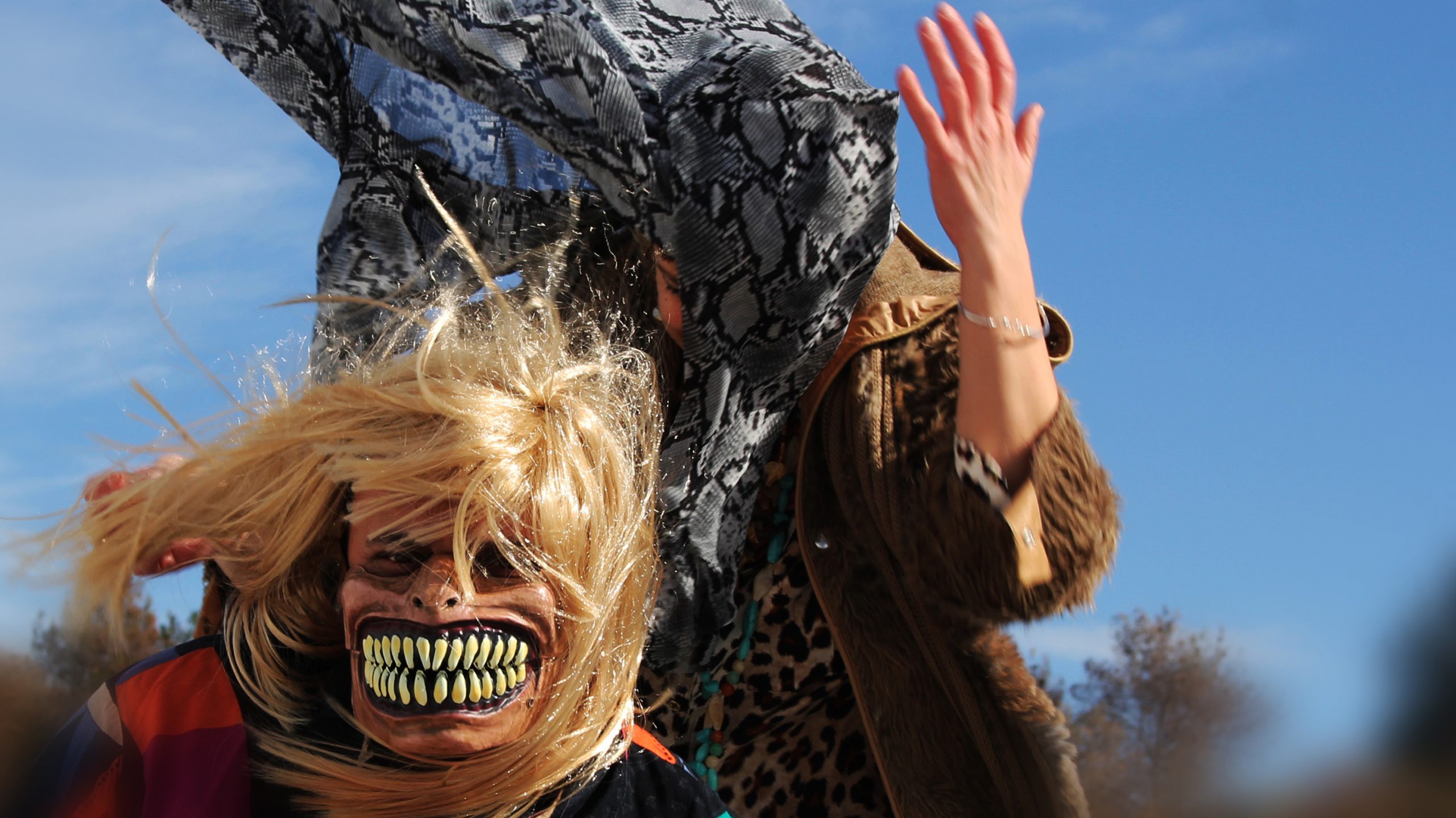 Eva Giannakopoulou, grew up in Ithaca, Greece and she is currently residing in Athens where she works. In the past she has lived in Naples, Barcelona, Istanbul, Berlin and in other places depending on the circumstances.

She has presented performances at various unconventional sites, including beaches, squares, rivers, parks, and impromptu stages in public spaces. Her work has been exhibited at museums, institutions, galleries, and festivals, including: the Benaki Museum (“The Same River Twice”, 2019; “The Equilibrists”, 2016, both curated and organzed by the New Museum, New York and the DESTE Foundation), Goethe-Institut Athen (“Weasel Dance”, 2019), the Athens Biennale AB6: ANTI (2018), the Athens Biennale AB5to6: OMONOIA (2016), the Material Art Fair (Mexico City, 2017), the Rosa Luxemburg Foundation (Berlin, “Autonomy Help ME!”, solo exhibition, 2015), MPA-B (Berlin, 2014 and 2015), Action Field Kodra (Thessaloniki, 2012), and the National Bank of Greece Cultural Foundation (MIET) Thessaloniki Center (at a parallel event of the third Thessaloniki Biennale of Contemporary Art, 2011). For the time being, she is directing the “Kin Baby”, a feminist, post-human happening, presented in the context of the festival FUTURE N.O.W at ONASSIS-STEGI Foundation.

Panos Sklavenitis was born and brought up in Ulysses’ island, Ithaka. That’s why he knows the Greek sun and the Greek sea very well. When he was little he attended PIKPA primary school, known, amongst other, for offering education to kids with special needs. Until very recently Sklavenitis didn’t know that PIKPA was such an institution.
As the artists of the Russian avant-guard Sklavenitis served for many years the applied arts as a graphic designer, until he decided that fine arts is also ok. He is interested in masquerade, satire, over-identification and performative methods. He is closely collaborating with anthropologists and archaeologists in order to study how subjects operate in the culture industry and other civilized subjects. Sklavenitis is an experienced teacher, as for many years now makes his living as a drawing teacher. He frequently uses his students in his projects.