Is everybody in? The ceremony is about to begin

The entertainment for this evening is not new, you’ve seen this entertainment through and through, you have seen your birth, your life, your death…you may recall all the rest. Did you have a good world when you died? Enough to base a movie on?
Jim Morrison

I was inside, I was outside.
Who was this “I”?
Michel Serres

The project titled “Is everybody in? The ceremony is about to begin” enters through Jim Morrison’s poetry released posthumously through The Doors’ spoken-word album “An American Prayer” and spread through art and popular culture, via movies, books, images, sound, readings.
The entangled stories that live in his question-invitation to a live performance in the 70’s (“Is everybody in? The ceremony is about to begin”), their echo and transmutations up until the current context of frantic stasis, wide digital gatherings, forced social distancing, constant surveillance and algorithmic parasitism makes us wonder the methods that constitute the realities of ‘live’ and ‘performance’ today and tomorrow.
Morrison’s affair with language (“the divine mockery of words”) was developing next to William Burroughs’s own suspicion towards “the dangerous virus of language”, the invention of the cut-up technique & fold-in method in order to re-wild the word. More than 50 years, after their understanding of ceremonies, dreams, ghosts, errancy, storytelling, love, loss and empowerment, we may end up finding ourselves within a very distant perception of participation, presence, mobility, affectivity, extinction, extraction. The way time folds, and thus turns the intuitions of their yesterday into memories of our future, we may have the chance to consider more closely the threads that allow us to feel the changes, to adhere to our times while keeping a distance from them: that is to think on private ceremonies that matter and heal, to question the current urge for the collective that ‘explains away’ important differences, to engage with the sorrowfully entertaining state of politics, education, relationships, life-as-a-meme.
How is “an American prayer” (or any prayer) to be understood today when blind mobs twist the worlding with that is so desperately urgent, when mystification, shamanism is (once-again) co-opted by fascist groups, when carnivals have turned bitter, when the question of inclusion-participation is tested by political correctness, is spent on the banality of social media’s confirmation-bias, is weakened by a language deeply exhausted by advertising, the long slumber of Academia, the failings of education, everyday compliance, soft philosophy, snap-shot journalism?  What kind of ‘other’ is the virtual realm, how does it extend or limit performativity, how is it scarring bodies if it is not ‘real’?

Which is the (new) link to any ‘ghost song’:
https://www.youtube.com/watch?v=4LStKhsB6xA

Awake.
Shake dreams from your hair
My pretty child, my sweet one.
Choose the day and choose the sign of your day
The day’s divinity
First thing you see
Jim Morrison

The cry in “Is everybody in? The ceremony is about to begin” calls forth life-rituals that have gone extinct, albeit with no sense of nostalgia but rather as portals to experimentation on and questioning of the current paradox of arrested/accelerated time, of our present sense of the (un)real, of this new Age of the Virus and the Viral.
The exhibition project echoes some of the Beat, Rock, Punk, Funk sounds and poetic gestures in order to relocate memory, to think on how we are ‘summoned’ today when music, poetry, art, politics reach differently via the thrill of a tweet, the implosion of the hashtag, insta-formatted desires, fb-shared clichés voices, tik-toked authorship.

The cry wonders what happens to the “ontologically insecure” in this age of liquid absolutes; how can we still be eccentric when there is no centre to escape from; what does ‘empathetic’ even mean in the wild midst of compulsive streaming; which is the new wine, the new skin, the next house, the future identities, the rolling laughter, the ruins, the skins, the injustices that separate in from out, that perform the “Magic of the State”; what do collections and archives (i.e. classification, preservation, evaluation) mediate about the rituals of ownership and how do they affect memory’s investigations and art’s life; which is the ‘lack’, the ‘blind spot’ in them; what about the objects or ‘quasi-objects’ that participate?

Everything is broken up and dances
Jim Morrison

The artists invited by curator Nadja Argyropoulou to create a new work consider these and other questions online, offline and out of line. They also take their cue from works and objects found in the ACG Art Collection, and they go far & beyond towards an understanding of the lively arts.
They enter the realm of this project in ceremony between February 19 and March 20: two per week so that the project can live on the verge of different beginnings.
The project is fleshed out by the palindromic habit of our times: uploading- downloading, enter-quit, join-leave. It resides in the net: @iseverybodyin.gr
Shorter works are working as seers and messengers teasing imagination and expectation toward February 19.

From March 20 until May 20, 2021 a compilation of texts, uncanny research materials, student responses, mimetic practices of tele-performativity, processes of speculative fabulation and fictocriticism will expand the microsite (i.e. the project’s space) into a notebook, a kind of novel-cum-atlas available to all.

Maybe here – within the case of a project hosted by an educational institution – and as we try to imagine ceremonies of knowledge-making-and-sharing we can enter Fred Moten and Stefano Harney’s concept of study, “the self-organised ensembles of social life that are launched every day and every night amid the general antagonism of the undercommons”.
Maybe right on this slippery verge, in the fear of what is “about to begin”, we can challenge the normative ways by which we recognize truth, ascribe meaning, and construct representations; we can be affected and affective as bodies unbounded, curious to join the wild ceremonies and entangled dances of feral thinking.

What we should do is practice our own form of shamanism, if that’s the word, and come up with a set of tricks, simulations and deceptions in a continuous movement of counterfeint and feint strangely contiguous with yet set against those weighing on us.
Michael Taussig

A team of students works in the project in many capacities and guises:
Le-Ann Hinds, Thodoros Kapetanakis, Nefeli Koutski, Aliki Ntounia

The project “Is everybody in? The ceremony is about to begin” is introduced by four short films that act as seers – messengers: they appeared on social media every Friday between January 22 and February 12, 2021 to tell for the project’s coming in a rather obscure way that evolves backwards, from the most direct to the least informative.

Following Jim Morrison’s lead, they are structured in a non-linear fragmentary fashion, like a mosaic of dreams, broken apart and reassembled to induce the viewer into a deep sleep or draw them awake. It is a summoning of sorts, and as with any summoning, the outcome is unpredictable, vague, uncertain. A sequence of related and ostensibly unrelated images – early 20th century adventure films and absurd theatrics, disappearing illusionists and rope balancing acrobats, explorers of the pataphysical and the uncanny, “music and voices all around us” – resurrect the ghosts of artists from the ACG’s Art Collection, who make their unscheduled swift appearance if only to hint at their presence by means of a whisper or a cry. Ghost voices and images abound, “dreams shaken from one’s hair” and the project enters through a yearning for Awake.

Index of sources (in order of appearance)

“A pop-up is a graphical user interface (GUI) display area, usually a small window, that suddenly appears (“pops up”) in the foreground of the visual interface” (Wikipedia)

Pop-up and pop-under advertisements are forms of user-interaction that has by now become the most common, persistent, parasitic presence of life online.
Born out of commercial need pop-ups are the aggressive, intruding, unpredictable and yet mundane form of communication/information that reminds us of the power of algorithmic presence and 21st c. propaganda.
Pop–ups are part and parcel of the ceremonies of capitalist economy and the project “Is everybody in? The ceremony is about to begin” reclaims them for its own disruptive ends.
Pop-ups haunt the virtual space of this project like memories from the future, uncanny glitches in the matrix of the present, critters fished out of the ocean of images, quasi-guests in quasi-points, ceremonially appropriated others (a guest and a host = a ghost).
These pop-ups advertise nothing beyond their being in – in order to unsettle the project’s premises and surprise its visitors into laughing, into being annoyed, into reaction, into thinking.
These pop-ups cannot be blocked.

Sources of POP UP images 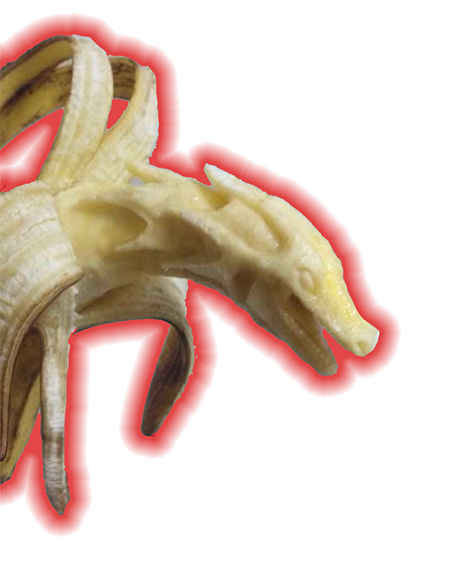 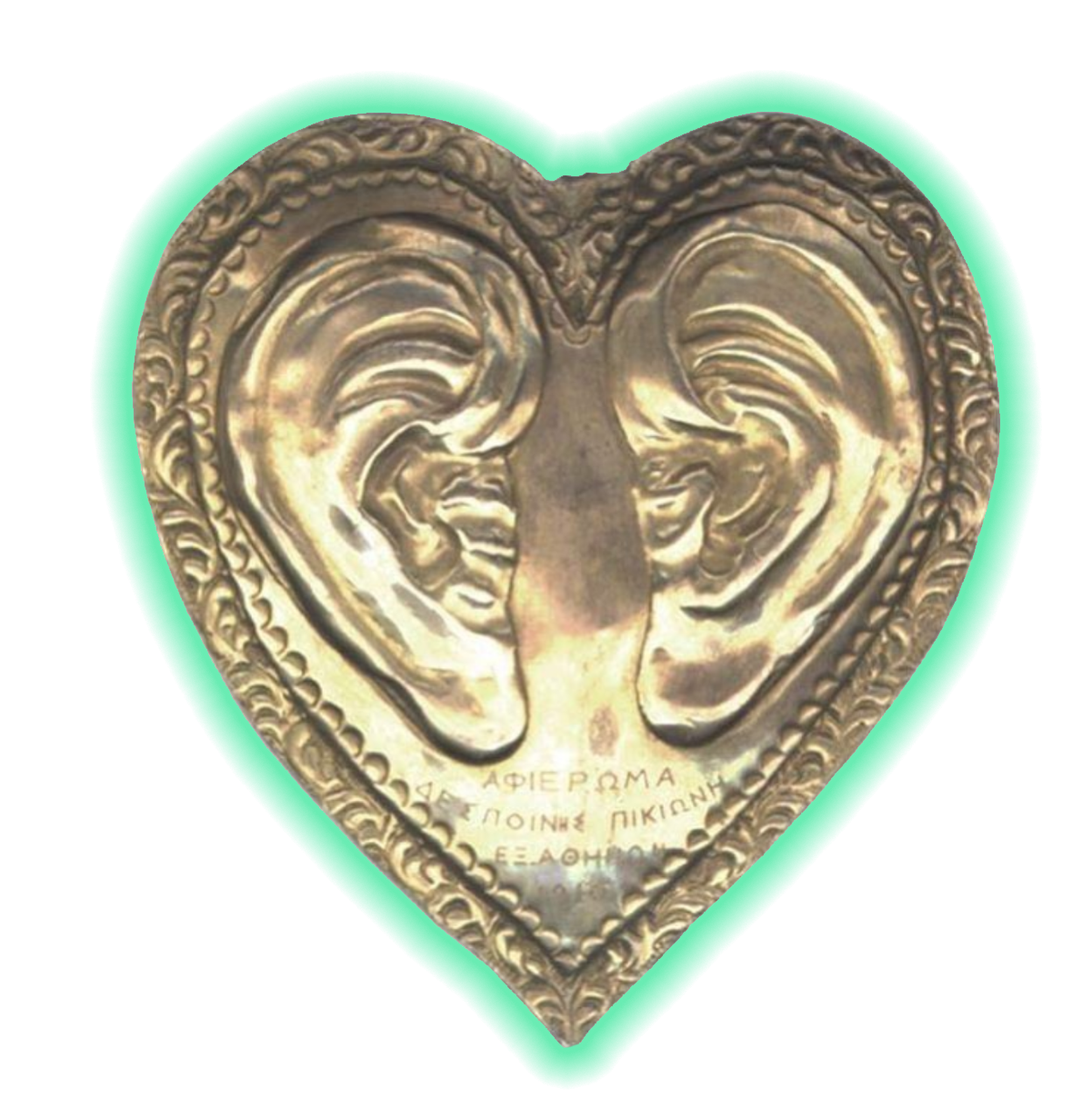 Instagram post from the account of the Benaki Museum
“A unique offering with an inscription which may symbolically refer to love, as a plea for the saint to “listen to her heart”.
https://www.instagram.com/p/B8i_CLLFnb2/ 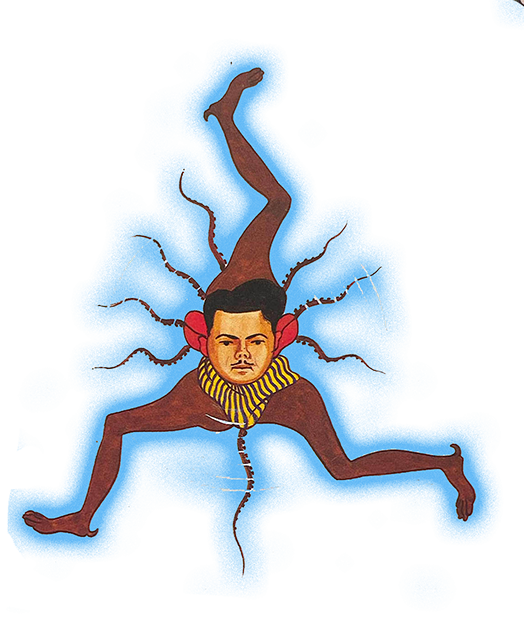 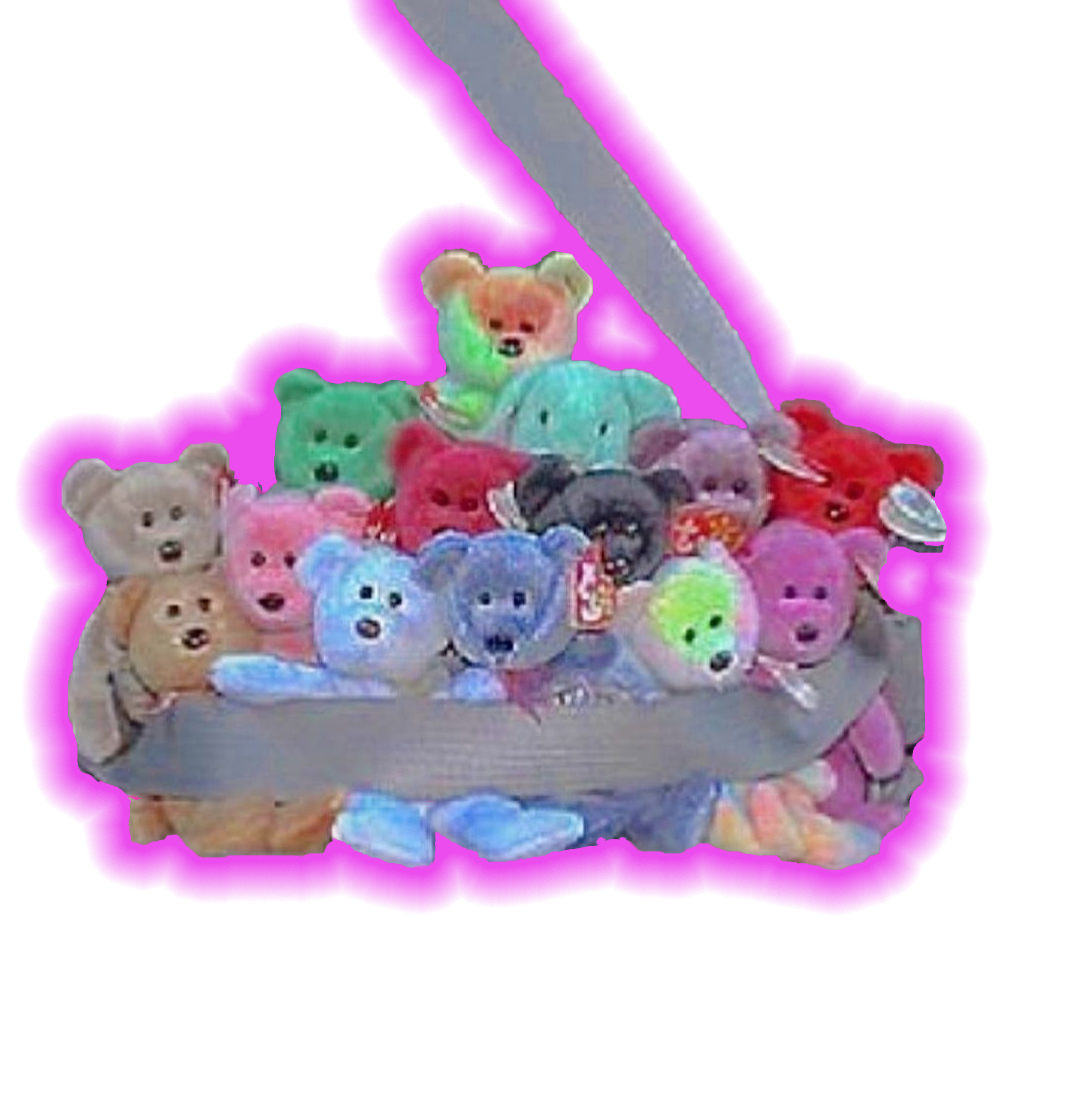 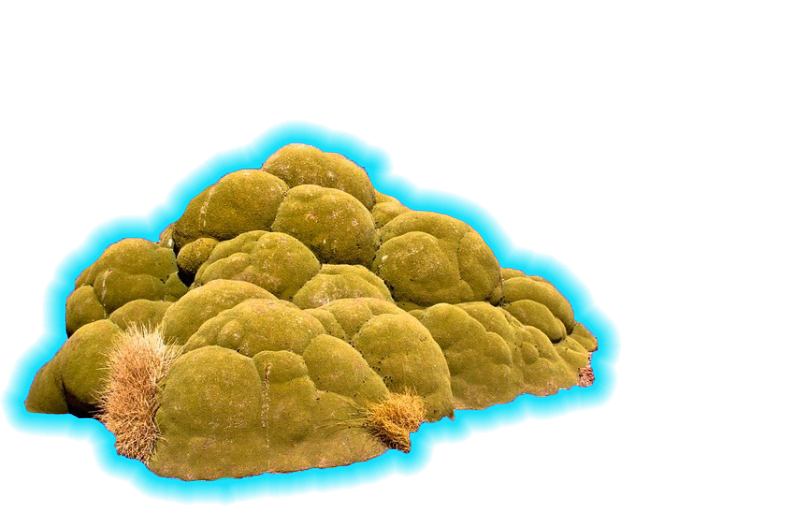 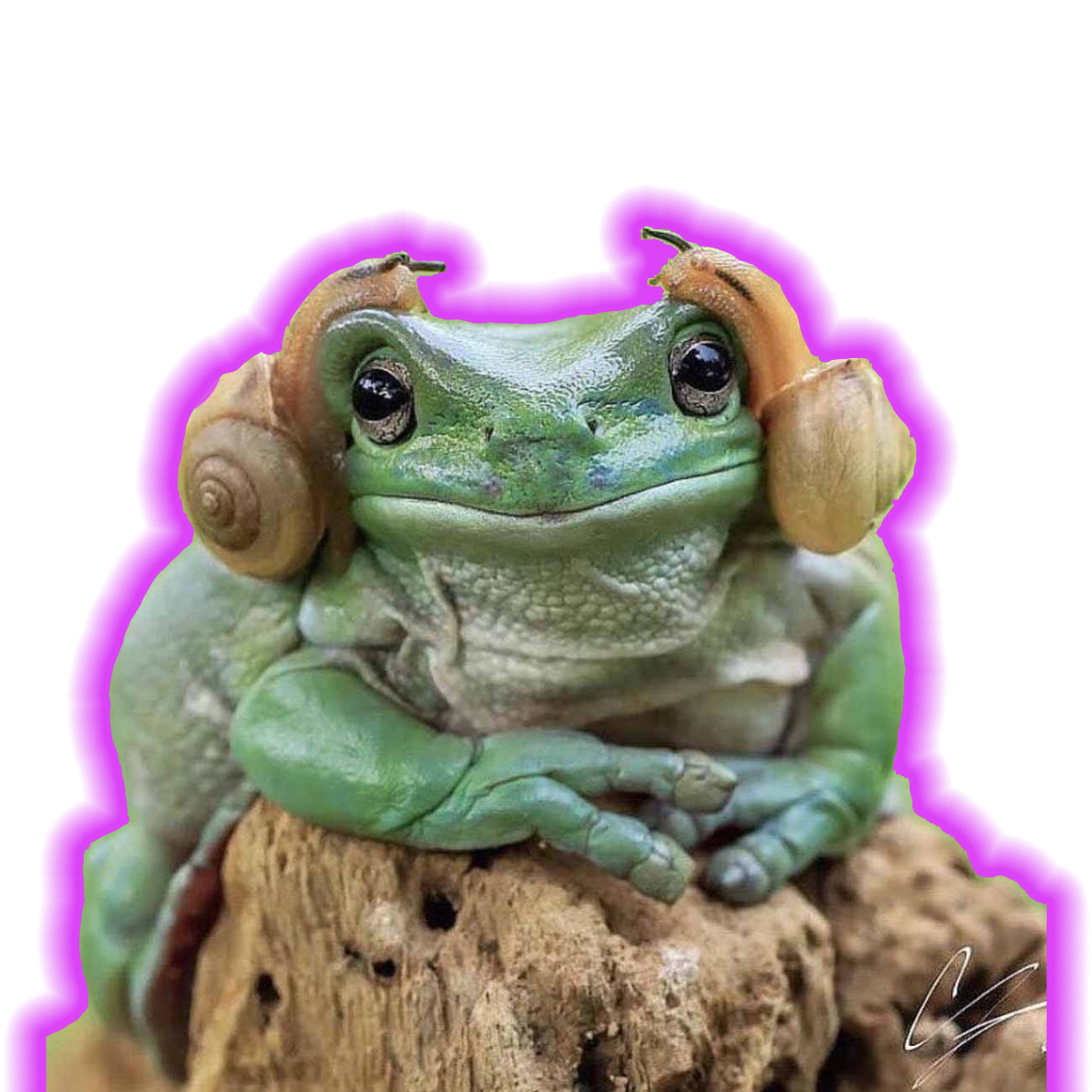 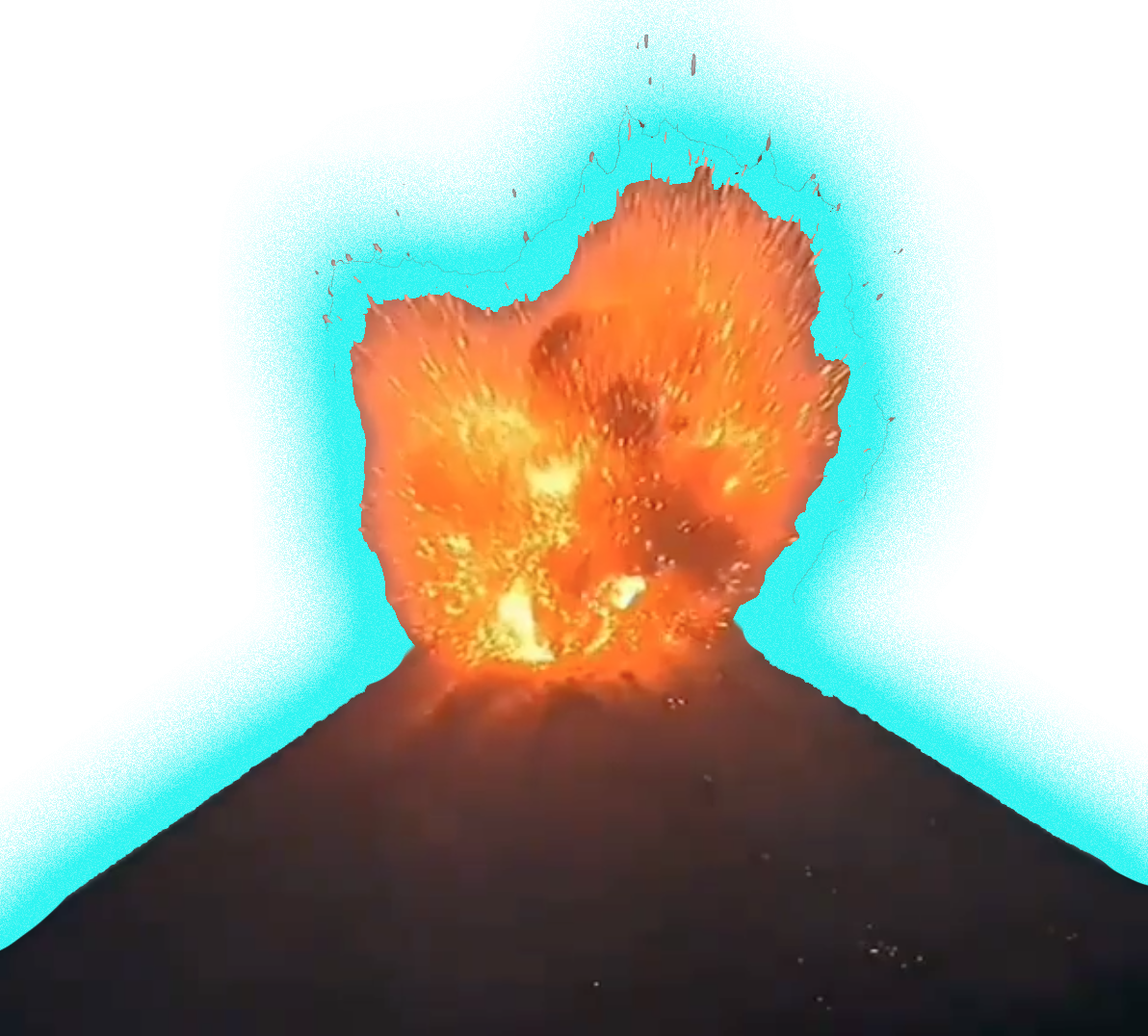 Explosions at day & night from the Krakatau Volcano, Screenshot from video by Martin Rietze –from Instagram account @nowspacetime
https://www.instagram.com/p/CFFkWtillOY/ 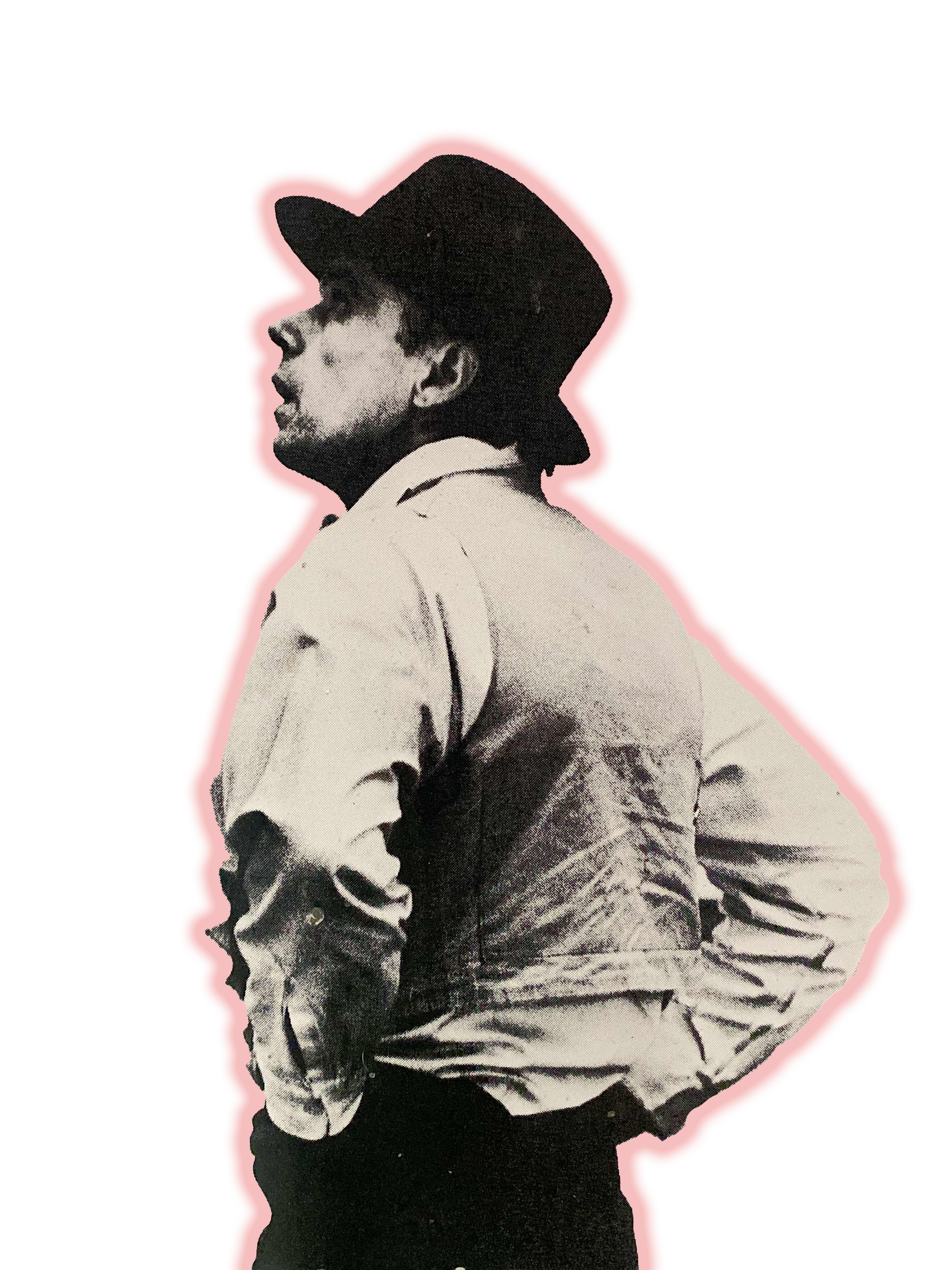 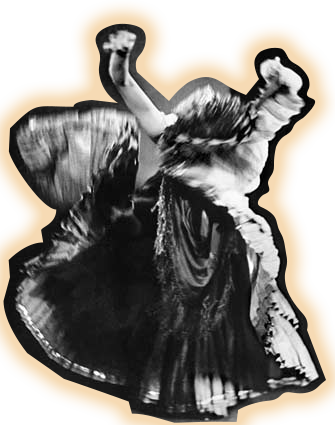 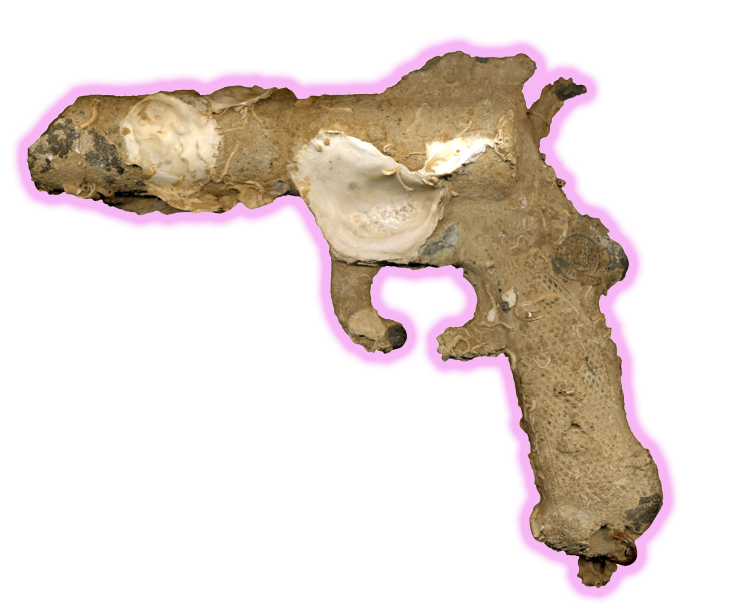 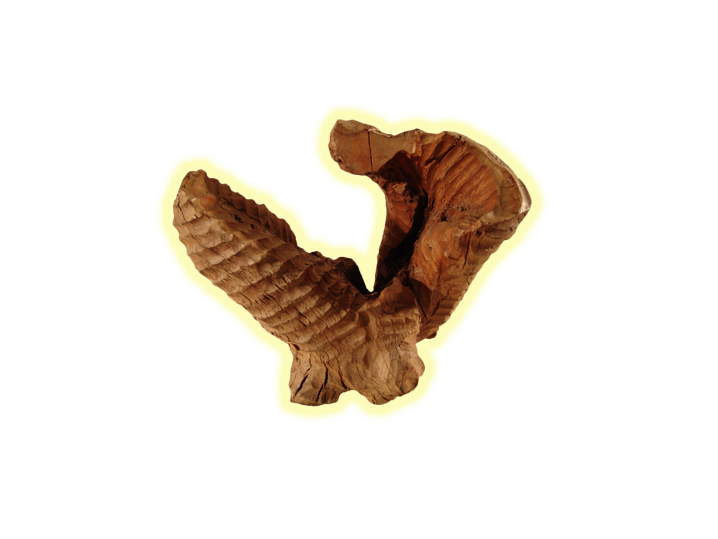 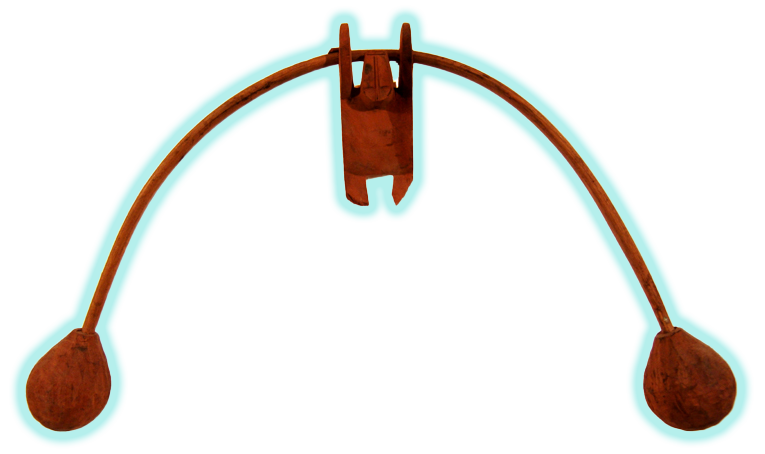 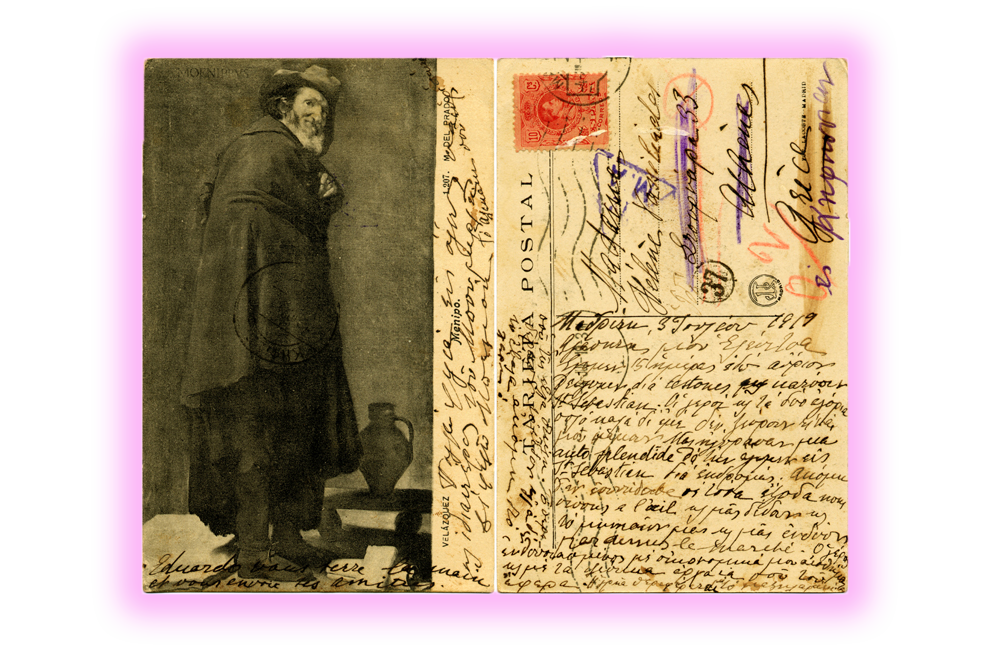 Diego Velazquez’s paint of the cynic and satirist Moenippus (3rd c. BC) on a postcard (lithograph on paper), 1919, in ACG Art Collection 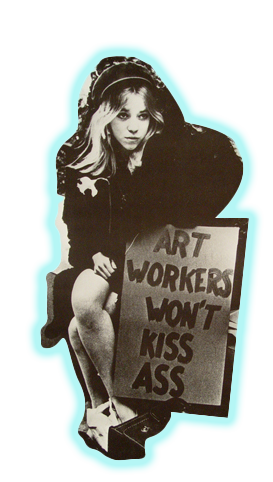 Poster by Takis that commemorates the incident at MOMA, New York in 1969, whereby a group of radical artists gathered together to demand copy rights upon their artworks. In ACG Art Collection 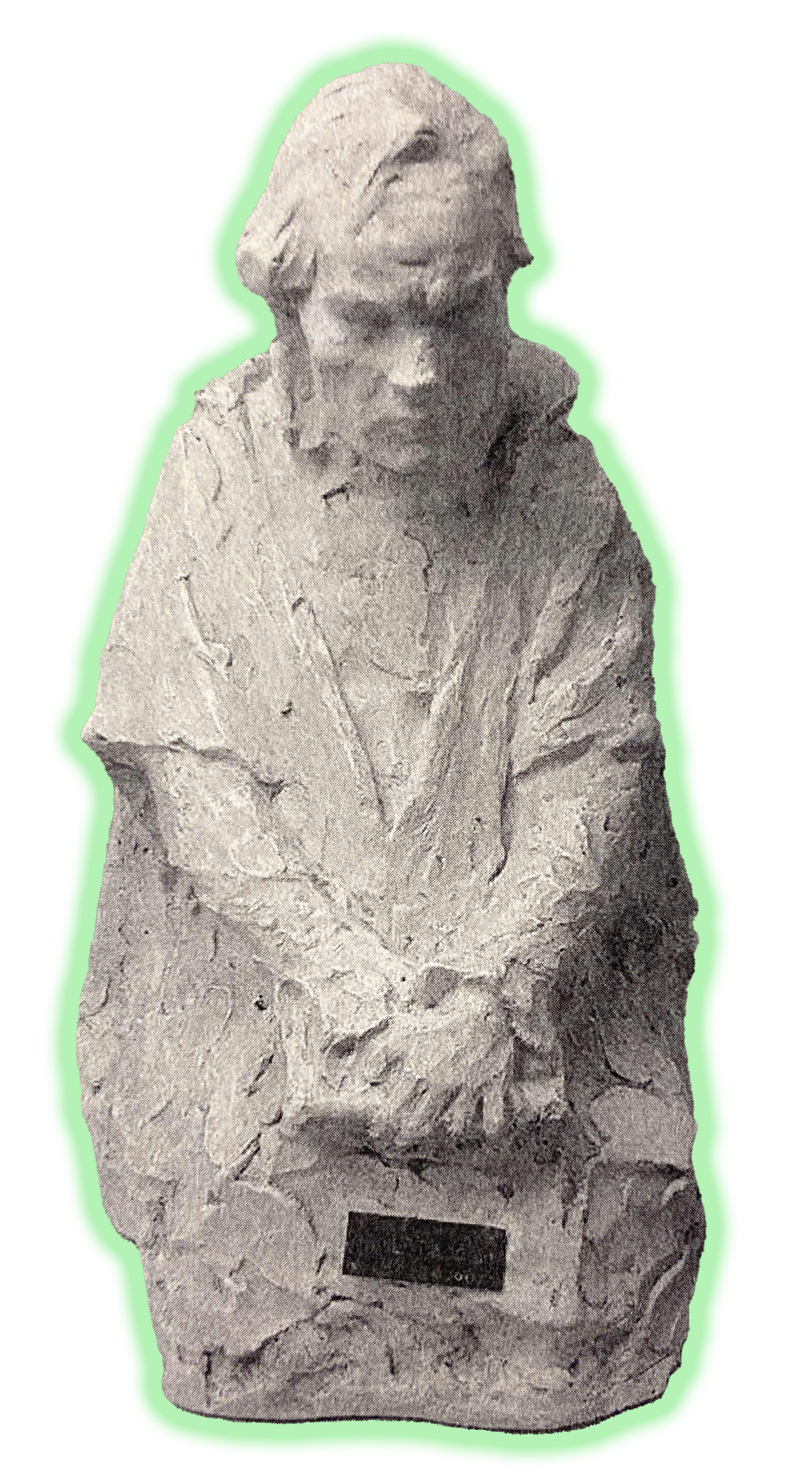 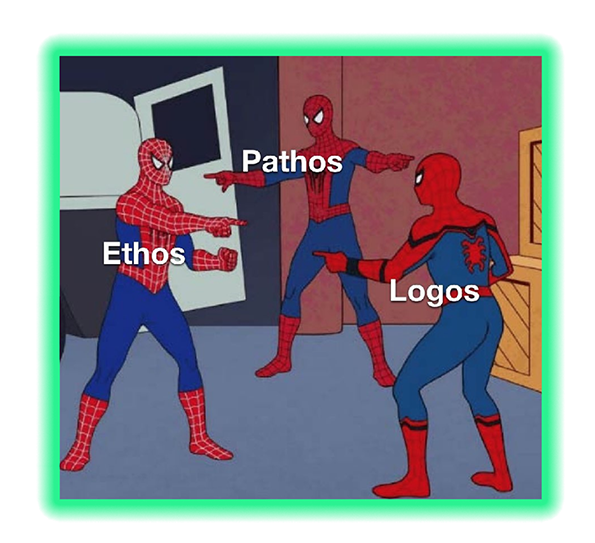 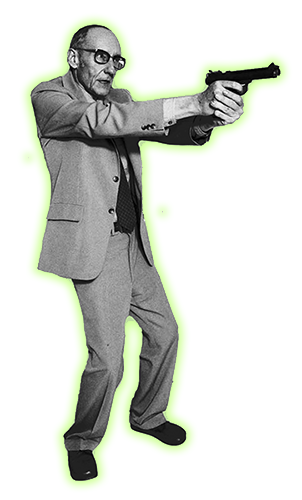