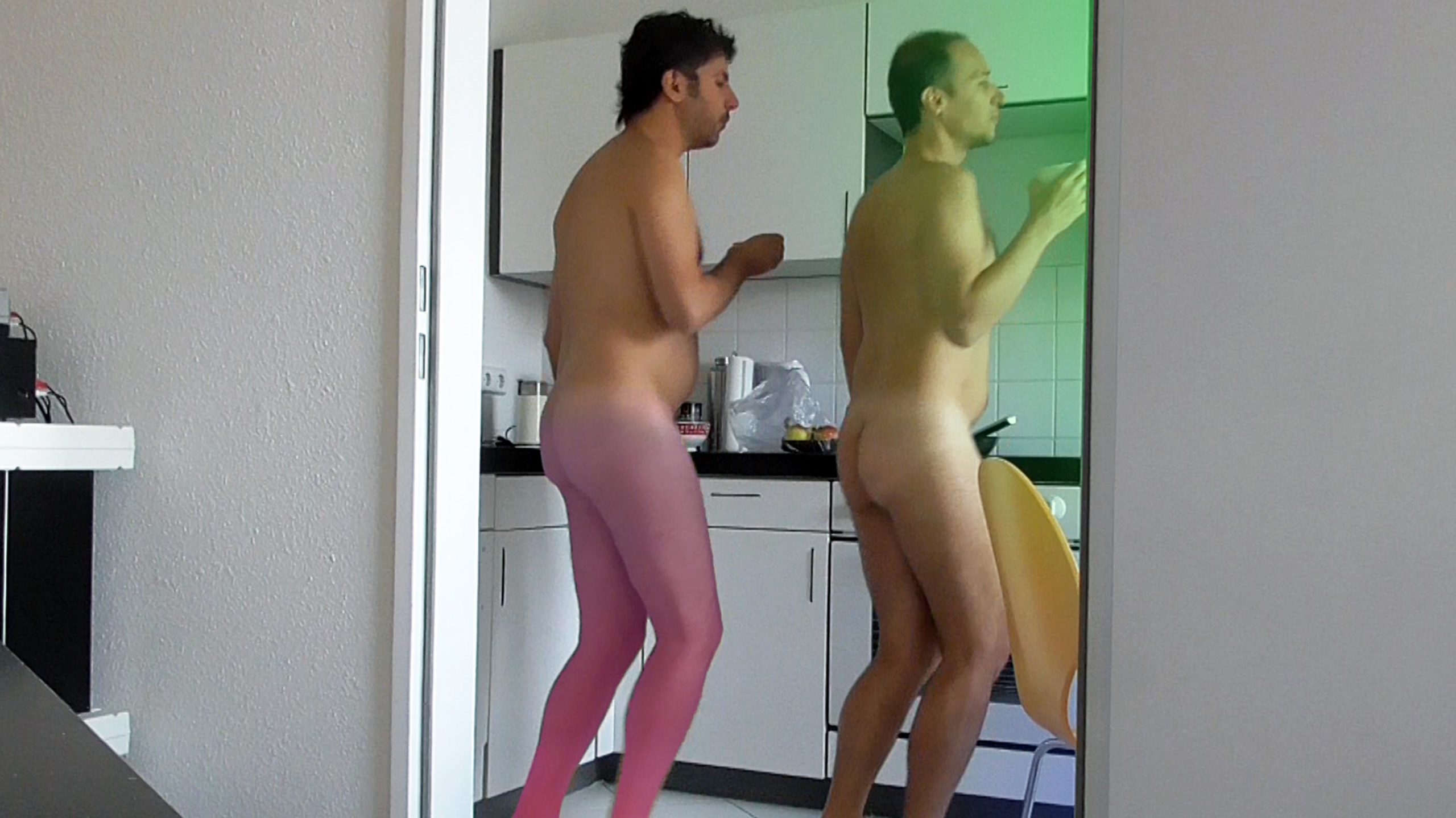 VASKOS is the common art project of Vassilis Noulas and Kostas Tzimoulis. It started in Athens in 2014. It deals with hybridity exploring playfully the notion of artistic, sexual and national identity. It uses various media: performance, photography, drawing, video and ceramics. VASKOS has presented two solo exhibitions and two art publications.

Vassilis Noulas is a theatre director and founding member of the performance group Nova Melancholia. His work has been presented at the Athens and Epidaurus Festival, the Onassis Cultural Center, the National Opera House, the Athens Biennale, as well as in squats, apartments and self-managed spaces. He is the author of five books of poetry and small prose. “The Lair”, first feature film, premiered at the Thessaloniki Festival 2019. In recent years he has taken part in several bottom-up city movements.

Kostas Tzimoulis is a visual artist based in Athens. He has presented five solo exhibitions in Athens, Thessaloniki, Belgrade and Sarajevo. He is a member of the performance group Nova Melancholia. He has taken part at the Green Park occupancy and co-organized the DIY Performance Biennial “No Future”. Since 2019, he belongs to the creative team of EIGHT – a critical institute for arts and politics.